An 'Electric Love' Letter To BØRNS

Two years ago Garrett Borns, better known as BØRNS, released his single "10,000 Emerald Pools" and EP Candy - since then he has been quietly but efficiently climbing up in the music world. His signature high-pitched voice has been compared to none other than David Bowie and his sound lingers in electronic pop with hints of 70's disco.

He has been able to capture audiences world-wide, going on tour with MisterWives, Charlie XCX and Bleachers. After touring with talented artists, his long awaited studio album Dopamine  released in October of last year and is available on iTunes. Starting February 19, 2016 he will go on his own world tour, kicking it off in London, England. Here are five reasons to love him as much as I do:

HE LIVES IN A TREEHOUSE 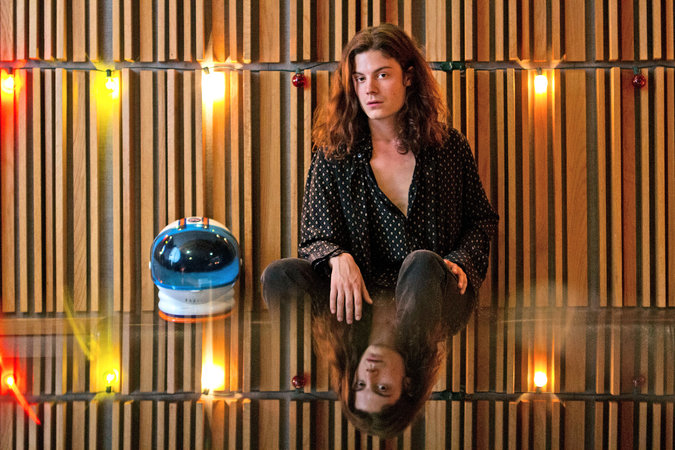 I thought it was a joke at first but it is not and now all I feel is envy. Isn't it everyone's childhood dream to live in a treehouse? BØRNS first found the treehouse through AirBnb and he got along with his landlord so well that he now he resides there in L.A. He has described the treehouse, in his landlord's backyard completely secluded from the fast paced life of Los Angeles, as his musical sanctuary. The quiet atmosphere  also brings back memories of his home in Michigan where he grew up near the water and exploring the woods. This must be his secret to producing magical music.

PREVIOUSSolo Woods Sounds Like a Tall Drink of Water in "H2O"

NEXTWatch List: Secret Nation Wants To Know "Are You Mine"

Stanaj Takes Next Step With "The Way I Love Her"

Astrid S' "Party's Over" EP Gets The Party Started